The DataKinetics Management Team brings decades of broad-based experience and a record of accomplishment. Combining business acumen with technical success, these leaders guide the company in the development of innovative products and solutions that deliver IT power and flexibility to Fortune 500 customers around the world. 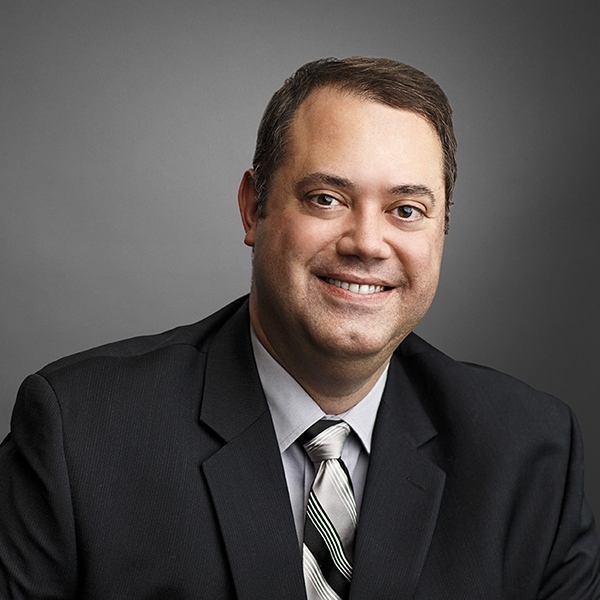 Allan has spent more than 20 years following his passion for rejuvenating companies, and for building experience in mission critical communications and software where the degree of reliability has to be almost 100%. His business development experience ranges from startup companies of 50 to 200 people, to companies of 100,000 people.

Building and leading high performance teams with the expertise and experience to accomplish the complex tasks businesses face today, has enabled Allan to achieve a record of success. He contributed to the business success of Solacom Technologies as Vice President of Business Development and CML Emergency Services as Director of Product Management. Further, he has held senior positions with world-class organizations such as Mitel Networks and Nortel Networks. In 2007, he was privileged to be the recipient of the Ottawa Business Journal Top 40 Under 40 award.

His ongoing success in leading collaborative teams that perform productively, and in building successful companies, is reflected in his business philosophy: it is not about the individual; it is about the company. 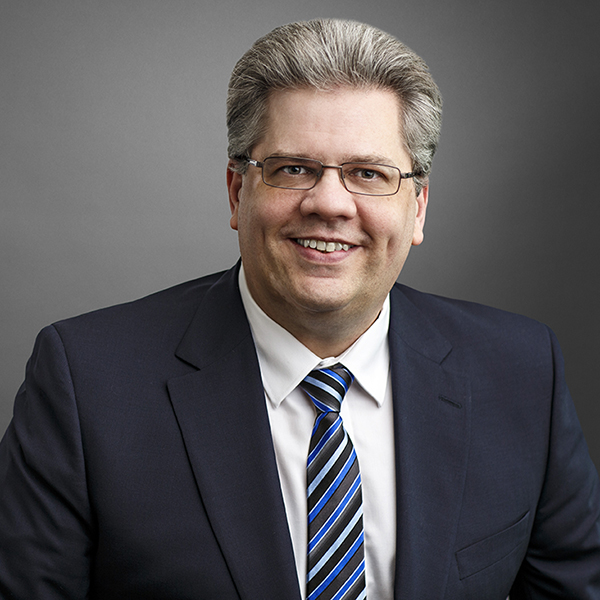 Randy McCoy is a Chartered Professional Accountant (CPA, CA) with over twenty years of experience in financial reporting and management for software, manufacturing, and professional services businesses.

He has a unique blend of financial and communication expertise that has enabled him to balance human resources and business skills with financial acumen. Randy has successfully negotiated contracts with several Fortune 500 accounts spread across diverse industries. He has served as Finance Director at Kinaxis and as Senior Finance Manager at Autodesk, where he managed multimillion dollar deal negotiations with Fortune 500 companies, navigated complex US GAAP revenue recognition, and maintained intricate budgeting and forecasting models while guiding financial growth.

As a corporate finance professional in the technology sector, Randy has been privileged to deliver finance for IT presentations at industry events such as the CMG Performance and Capacity Conference, and the IBM Share Conference. 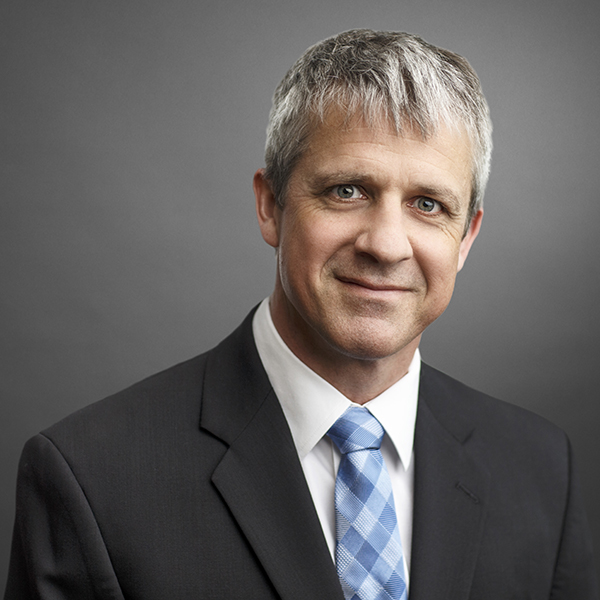 For more than 20 years, Larry Strickland has built his professional career as a C-level executive focusing on product management, making technology simple for the end user, and understanding the impact of technology on the user. He is passionate about product innovation that helps clients solve their most challenging issues while delivering solutions that transform their business.

Larry has held leadership roles with world-class organizations ranging from startups to the Fortune 500. As CTO and VP of Product Management for a prominent Canadian company, his technical background and knowledge of the marketplace was instrumental in developing key product differentiators, and forging important business partnerships for the company.

While developing strategies and managing product portfolios, Larry gained significant experience in the global Telecom and Finance sectors. As a highly experienced senior product management executive for a multitude of software products, he has driven worldwide business growth through product innovation and product introductions. 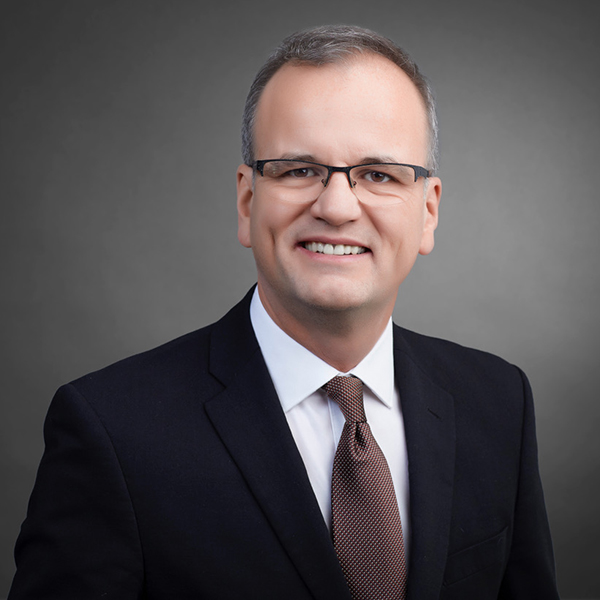 Andrew Armstrong has built his professional career to this point as a C-level executive through the careful development of a multitude of interdisciplinary business experiences with global organizations, ranging from startup companies to the Fortune 500. Building on each progressive experience, he has consistently achieved sustained and solid growth for organizations worldwide.

His roles have taken him to organizations around the world, where he has put in place the right products and partnerships and the right sales and marketing activities, and has established compressive integrated brand experience strategies to transform businesses and to attain continuous profitability and growth. With his knowledge and experience in branding, marketing, business development and global strategic partnerships, Andrew has developed and executed complete customer experience strategies: beginning with the first connection between the organization and the industry, right through to the post-sales experience.

Andrew’s in-depth international experience has given him a truly unique perspective: he can clearly interpret a market’s needs, identify opportunities, develop strategic and tactical go-to-market plans, and deliver a complete unified and profitable solution. He has helped drive such world-class organizations as Spirent Communications, Product2Market, Nortel Networks and CML Emergency Services. Andrew identifies challenges and ensures that the right decisions are made to boost and maximize top and bottom lines for partners and customers.

William (Bill) Olders, a veteran of more than 30 years of experience in computer language instruction and software product design, is a co-founder of DataKinetics, and has served as President for 20 years. In 1984, Bill assumed the position of Vice-President of Software Development and spearheaded the company’s expansion into software development. In this capacity, he led the development of the company’s flagship product, DataKinetics tableBASE. Bill is a published writer and well-known expert in table-driven programming and systems design. He graduated from The University of Toronto with a Bachelor of Science in Physics.

Steve Panyko is a veteran leader of several technology businesses, most recently serving as Chief Customer Officer for DataKinetics until his retirement early in 2012. Previously, he served as CEO of Sciemetric Instruments Inc. in Ottawa, Ontario; CML Emergency Services in Gatineau, Quebec; Echopass Corporation in Salt Lake City, Utah; and Onix Microsystems in Richmond, California. Steve also held the position of President of Harris Communications Products Division, and Vice President / General Manager of Rockwell Switching Systems Division, as well as positions with Motorola, ITT Corp., and AT&T Bell Labs. He holds an M.S.E.E. from Columbia University, and a B.S.E.E. from City College of New York.

Over a 30-year IT career in energy, manufacturing, financial services, healthcare, and logistics, Wayne Sadin has been a CIO/CTO, an outsourcing executive, a Board member and a consultant to CEOs. He specializes in improving IT Alignment, Architecture, Agility and Ability to “Take IT to the Next Level,” and he has led world-class IT teams that delivered profitable new products and transformed organizations. Wayne has managed a changing IT landscape over the years, from mainframes and dial-up modems to today’s dizzying “blades-clouds-virtualization-mobility” world. He is an accomplished speaker and writer. Wayne holds a BS degree in Computer Science and Business Administration (summa cum laude) from Boston University; an MS degree in Management of Technology from the University of Texas; and has completed the “Delivering Information Services” program at Harvard Business School. He has been recognized by Computerworld as both a “Premier 100 IT Leader” and an Honors Program “Laureate.”

Neale D’Rozario has been an IT professional for more than 33 years, and a CIO for the past 21 years. He has been the CIO for RTI International, Genworth Financial (MI), Sensus USA, Misys Healthcare Systems, Channel Master LLC, Cogent Communications, SunTrust Capital Markets and Barclays Debt Capital. He is also the founder and president of D’Rozario Consulting Services.